The Stuntstudioo is an unique combination of a movie studio with a stunts platform, located in a form 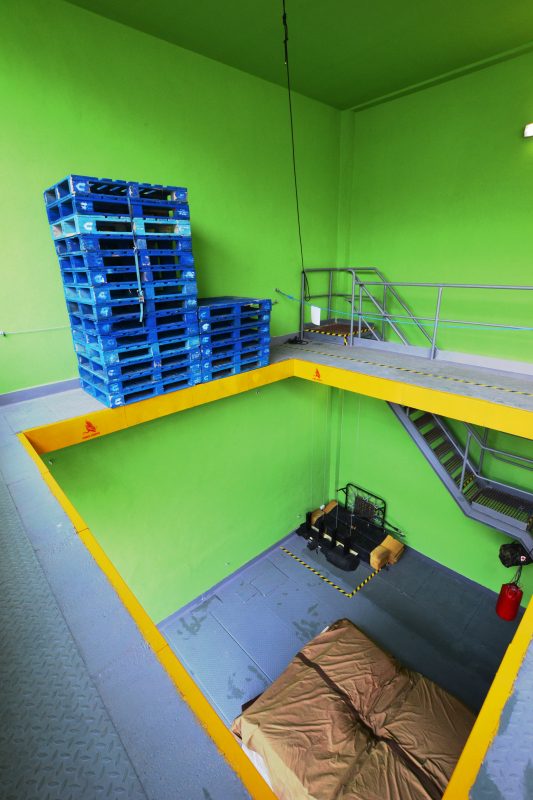 er rocket fuel factory in Brno-Řečkovice. Thanks to that, the studio in basically undestructable, stable and stunts friendly.

The Studio is equipped with many fixation points that can hold up to 1500kg/m2, thanks to which we can do various rigging projects – we can make everyone fly and hang in the air, anywhere and anyhow.

We have also one the highest highfall interiors in central Europe. We’re able to do jumps from big heights, up to 8,5 m.

The Stuntstudio is made for classic stunt projects. You don’t have to tiptoe around, being afraid to break something or make a hole in the wall. We’re able tu sustain even hardcore filming, where people and stuff fly around in the air and motorcycles get destroyed!

A professional stunt team Czech stunts is a part of the studio.

Our money policy makes the studio available to small, as well as big productions, amateur filmmakers and low-budget projects. Nevertheless we care about the quality of our services very much and can please even the highest-demanding productions.

Masking mirrors and tables in the studio are granted, the electricity site has a big capacity, running water works and as a bonus – we have a corporate dining room inside the building.

We can arrange lighting according to your demands, catering, sfx make up professionals, all under one roof.

We’re looking forward to you!

We can offer you a full range of stunt service, which cover not only stunts – body and naked skin burning, high falls, rigging and wire stunts, film fights and car stunts but also advising, managing and supervising health and safety during the filming. Proving our skills, CZECH STUNTS s.r.o is a proud holder of 2 national records in high falls and naked skin burning.